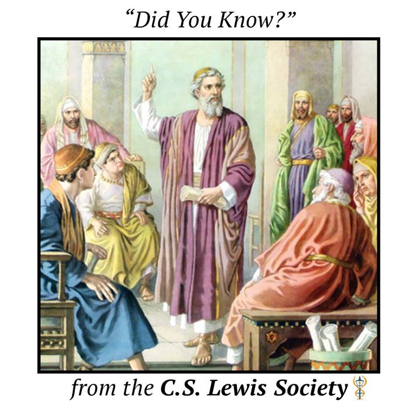 Did you know there are modern-day Gamaliels?

Who is Gamaliel? He's the Jewish rabbi in Acts 5 who, though not a Christ-follower, urged Jewish leaders to control their rage at the apostles' teaching that Jesus, the crucified Messiah, was alive. Gamaliel said the disciples might be telling the truth, adding, "If this is of God, you will not be able to overthrow them. You may even be found fighting against God!"

Modern Gamaliels are respected scholarly figures who, while not being pro-Christian, point out publically where the biblical worldview might be true after all. Yale University’s computer science professor David Gelernter became a Gamaliel last year when he wrote his shocker, “Giving Up Darwin.” Renowned atheist philosopher Thomas Nagel triggered a cultural earthquake, detailing his overwhelming doubts about Naturalism and Darwinism, in “Mind and Cosmos” (Oxford University Press). He thereby became a modern super-Gamaliel. Next week...more on modern Gamaliels!